My Route to Wellness

Our health members are an inspirational bunch of people, with a set of goals as unique as they are. That's why we like to take a personalised approach to getting fit and healthy with a tailored wellness plan for our members. Meet the amazing members committed to overhauling their lifestyles, achieving their goals and prioritising their physical and mental wellbeing every day with a health membership.

My route to wellness by Diana

Fit and fabulous in retirement

You join a gym because you want to get fit. What I hadn’t considered when I joined is the real added benefit of the sociable side of it as well. I wouldn’t hesitate to recommend a membership to anyone – I’d be first in the queue to give it a rave review! 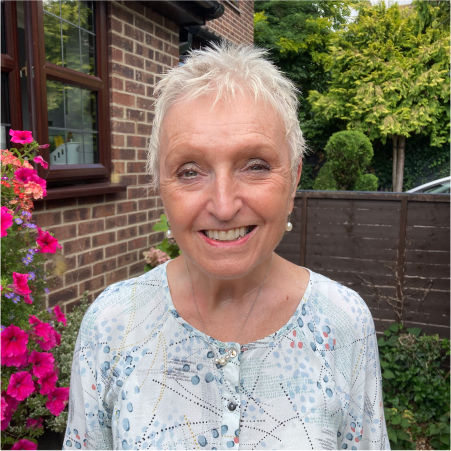 A member for the last 13 years, Diana joined the club when her previous club closed down.

After coming for a visit, she instantly liked what she saw and joined on the spot.

She became a member shortly after retiring from full-time work, so felt like she was starting from scratch in terms of coming to a proper gym and keeping up a regular routine. On joining she was given a total review of her fitness and goals. She now comes to the gym 3 times a week, and absolutely loves it.

When she finished full-time work she wanted to ensure she remained as fit as possible, and disability meant it was even more important to stay active and keep her body moving.

“The gym suits me well because it’s something you can come and do individually at your own speed and pace – it’s just perfect for me.”

For Diana, the key goal was simply to keep her body as flexible and mobile as possible. “I’m very fit and healthy with no weight issues, but it’s important to me to move and be flexible; I was very concerned that when I retired it would be easy to become some sort of couch potato, and I certainly didn’t want that!”

It’s a goal that has served her well for the past 13 years. Despite having a limited range of movement, she does stretching, uses the treadmill and lifts weights.

“A lot of it is about keeping my upper body strength in good condition, and it works brilliantly from that point of view. There’s a lovely team in the gym, and every now and then we’ll look at a different type of equipment to see whether I’m able to add it into my routine. I’m quite self-sufficient and happy to get on in my own way, but never hesitate to ask if I need help or want to change something.”

Diana has a complete review booked in with James in a couple of weeks’ time to go over her routine again and see if anything needs tweaking.

“The worst 18 months of my life were when the club was closed during the pandemic – it’s been the nicest thing to be able to come back. After a big break, it does take you a while to get back to where you were. But the encouraging thing is over the last 2 or 3 months is that I am now virtually back to where I was.”

She speaks highly of the gym staff she’s met over the years and has formed a good relationship with certain team members. More than just somewhere to work out, Diana really appreciates the social element of membership, stopping for a coffee or light lunch in the Pulse Bar, and bringing the odd friend in over the years.

“One of the things I’ve particularly liked about the gym is the people that use it – it’s a delightful cross-section of people of all ages, shapes and sizes – there’s no pressure on your appearance or ability.”

As someone who is single and lives alone, the club adds another important dimension to her social activity; “I’ve met some lovely people at the club over the years – one of my very closest friends happens to be someone I met through the club. You join a gym because you want to get fit. What I hadn’t considered when I joined is the real added benefit of the sociable side of it as well. I wouldn’t hesitate to recommend a membership to anyone – I’d be first in the queue to give it a rave review!”

My route to wellness by Kinga

I would say to anyone thinking about personal training - if you need someone to push you and provide an appropriate programme, definitely give it a go. 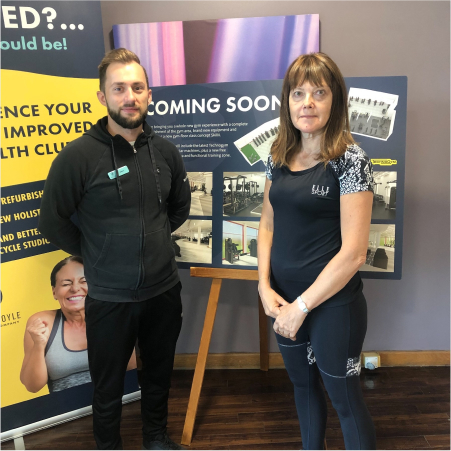 Kinga joined as a member a few years ago seeking a more personalised gym experience. With her husband keen on golf, the club was the perfect fit for them.

She initially undertook a Wellness Journey in the gym – a 6-week programme to assess general fitness and lifestyle and ease her into the right routine gently.

As a clinical hypnotherapist, Kinga was well aware of her mental blocks. She knew she needed the motivation and attention of 1-2-1 sessions with a personal trainer to turn up, do the work and see results.

With an ambitious goal of climbing Mount Kilimanjaro, she needed to improve her fitness and endurance levels to prepare her for challenges such as altitude sickness during the climb.

More recently, finding herself inactive during the pandemic and frustrated with sitting at home during lockdown thinking ‘now what?,’ she restarted personal training sessions at the club with the short-term goal of simply getting fitter, including toning, weight loss and general fitness.

“For people in my (60-70) age range, I think you just want to totally feel well, toned and healthy. But if you once had a good level of fitness, it’s surprising how it doesn’t take long to come back.”

For Kinga the biggest challenge of all was simply turning up, but once she found the right trainer, the rest fell into place. Since April she’s been training with James twice a week and says he’s better than any other trainer she’s had. His professional and patient approach means he regularly logs data to keep her updated on her progress, motivating her without discouraging her.

“James adapts my training as needed and pushes me to achieve my goals. It’s the first time someone has been physically showing me my progress on a regular basis.”

After a quick review of what’s been achieved and where they’re headed next, Kinga’s programme is then divided into 3 parts – the first zones in on a particular area of the body she wants to focus on, then onto weights, finishing with a circuit.

“I can discuss a range of topics with James such as nutrition, weight loss and sports psychology, and he’ll often text me after a session to ask, ‘how do you feel’? I would say to anyone thinking about personal training - if you need someone to push you and provide an appropriate programme, definitely give it a go.”

She has longer term goals in mind which she wants to achieve with her husband next year.

“A health membership has motivated me to look after my health. It’s thanks to people like James that maintaining a healthy lifestyle becomes easier, enjoyable and no longer a chore.”